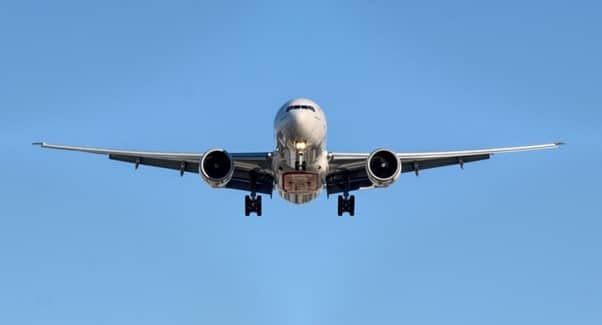 Whether you’re looking for cheap flights to Johannesburg or another destination in South Africa, you’ll be able to find it here on our website easily. You’ll also be able to compare the cost of flights across various air carriers and book a flight with our easy online booking system.

Take a look at the top-rated airline in South Africa: South African Airways is an airline that needs very little introduction. This multi-award-winning airline has been the country’s national carrier for over 80 years.

Over the years they have racked up an impressive 14 Skytrax Awards and became the first 4-star airline in Africa, setting the standard for aviation service on the continent. Amongst its many achievements, it also boasts the title of “Best Airline in Africa.”

SAA’s consistency, dedication, and high placement of quality service is what has gotten it to where it is today. Added to that they have an impressive network of domestic routes as well as international routes.

In line with their motto “Flying to South Africa and beyond,” they offer flights to over 35 countries. Their network spans across Africa, Asia, the Middle East, Europe, Australia, and the Americas.

This makes them one of the most well-connected airlines in the world. It also makes it easier for members of the prestigious Star Alliance rewards programme to connect with other partner airlines.

Here are some of the other great domestic airlines in South Africa:

FlySafair might be the new kid on the block, but that doesn’t mean they aren’t a heavyweight contender in the category of best domestic airlines in South Africa. While they only started operating in 2014, their roots go back just over 50 years.

They consider themselves South Africa’s “oldest-newest airline”, but their unorthodox approach to the South African aviation industry has forced other low cost carriers to re-evaluate their prices and strategies.

They are best known for their crazy flight specials, which in the past has seen their passengers bag flights to anywhere in South Africa from between R5 – R8. It’s no wonder they’re so popular.

Their fresh approach has earned them the Skytrax Award for “Best Low Cost Airline in Africa 2021” as well as “Most On Time Airline” several times since their operation. Statistics from an ACSA report showed that their average on-time performance was 93.6% in 2018, with similar results in following years. This is miles ahead of their competitors.

FlySafair’s affordability, punctuality, and great service make them one of the best budget airlines in South Africa, and they’re a popular choice amongst locals and international travellers.

Their focus is on domestic flights and they connect passengers across seven major cities in South Africa. 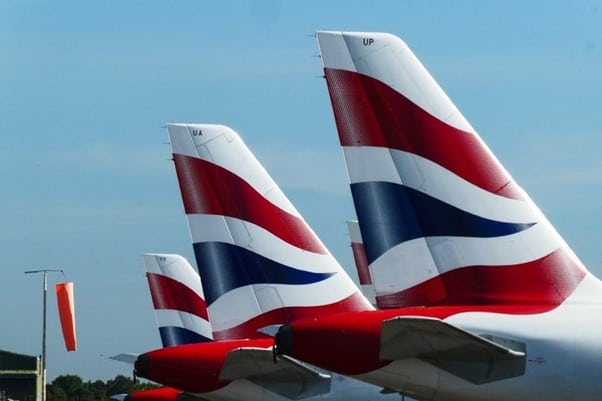 British Airways has been around for quite some time, and thus they know what they’re doing. They won multiple awards such as the FAA Diamond Award for their outstanding commitment to aircraft maintenance and training.

It is considered one of the best budget airlines in South Africa and are known for their reasonable prices. They service a number of domestic routes as well as regional routes that include Namibia and Mauritius.

Over the years they have made quite the name for themselves, because of their excellent service and range of services that make their travellers lives so much easier. T4. Kulula Airlines.

When thinking of the top local air carriers, it’s hard not to think about Kulula Airlines. “The Green Dragon” as it is sometimes known is a subsidiary airline of British Airways and is also operated by Comair.

The word “Kulula” comes from the South African Nguni languages, and when translated it means “it’s easy”. That is an apt description when it comes to Kulula’s operations. Founded back in 2001, they are known for their no-frills and no-fuss approach to aviation.

Their affordability, convenient additional services, friendly staff, and focus on safety is what has earned them accolades such as “Best African Regional Short-Haul Airline” at the Business Traveller Africa Awards multiple times.

Airlink is the largest independent airline in Southern Africa, with over 29 years of experience. In 2020 they ended their long-term partnership with SAA, and rebranded themselves from SA Airlink to simply Airlink.

Since distinguishing itself as a fully independent airline they have grown from strength to strength. Recently they have developed other strategic partnerships with leading airlines such as Qatar Airways and Emirates Airlines, giving their customers access to an extensive list of flight networks.

Airlink has over 50 commercial jetliners and fly’s to over 55 destinations in 13 African countries. In 2017, they became the first Southern African airline to operate flights to St. Helena Island.

They are one of the best airlines flying to South Africa and service a large number of domestic routes in the country that are not operated by other local airlines. They’re also one of the most punctual airlines in Africa, with an on-time performance rate of over 95%.

In addition to this, they are IATA accredited, so you can have full confidence in them that they’ll get you to your destination on time and safely.

Why Should You Book Low Cost Airlines in South Africa?

South Africa has a range of world-class low cost airlines that continuously deliver on quality, service, and affordability. No matter what your needs are, you’ll find an airline that will help you get to where you want to be.

Plus, it’s super easy to compare prices and book flights on our website, as we are committed to bringing you the best deals possible.