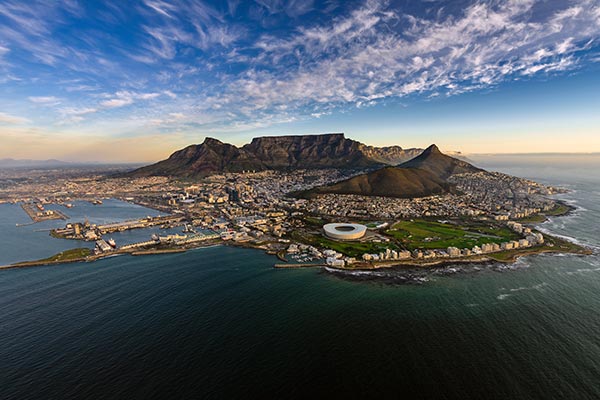 The majestic table mountain can be seen from miles away. One of Cape Towns most sought after tourist destinations Beautiful beaches line the coast of Cape Town. The most popular of which being Camps Bay Where Do You Find Cheap Flights To Cape Town South Africa?

Prices based on live searches up till 21 Jan 01:00 and are subject to change.

So, where do you begin?

Many people will walk for hours from travel agent to travel agent trying to find cheap flights to Cape Town from Johannesburg, Durban or other cities in South Africa, whilst others will sit on phone lines for hours.

You are now able to do all the hard work right here at the click of a button. Not only are we saving you hours of valuable time, but we are also saving you money and the best part is, is that you can do it form the comfort of your very own home or office. In fact you will probably save enough on your cheap flights to Cape Town by booking with us to actually offset some of your holiday. Our flight booking system is a leader in the industry as, once you have entered your search requirements, you are presented with a list of the cheapest flights in an instant. The hardest part for you is to choose which flight you want to Cape Town is always a tough choice.

Which Day Is The Cheapest Flight To Cape Town?

Booking your flights on a Tuesday and Saturday will get you cheap flights to Cape Town from R599.00

Which Month Is The Cheapest Flight To Cape Town?

Booking flights to Cape Town in May is the cheapest option from R599.00

What is the flight duration to Cape Town?

Some of the more popular airlines offering cheap flights to Cape Town include;

Who offer flights to Cape Town?

Which airlines fly to Cape Town?

Things To Do In Cape Town

Cape Town is one of South Africa’s top tourist destinations and sees millions of visitors each year. Whether you are looking for cheap flights to Cape Town for business or pleasure, we have compiled a list of attractions for you to see below:

Useful Information On The Pickup and Go Area

Some Useful Numbers To Note At Cape Town International Airport

My favourite time of the year is when I get to see Table Mountain. It means I am officially on holiday and what better way to spend it than in the Mother City. A shout out to Flysafair too for always giving me some great prices on my flights to Cape Town

I landed in Cape Town international airport and from here I had a flight to Port Elizabeth. Thankfully, Cape Town airport operates domestic flights to all the places in South Africa within an affordable price.

Our favorite holiday of the year is visiting the Mother City Cape Town. We ALWAYS use Mango Airlines to fly from Durban to CT. The flight is just over 2 hours and we have never had a bad experience.

There is nothing on earth quite like the vibe of Cape Town over the summer holidays. It's my favorite time of the year when I get to fly from Port Elizabeth to Cape Town for vacation. Got some great flight specials from Kulula Black Friday sale this year and cannot wait to begin my holiday.

Negotiate the best deals with some of the very well-known domestic airlines such as Kulula, Mango flights, South African Airways, and British Airways. Most of these airlines travel to every single destination in South Africa and some offer international flights too. I had a good experience loca(...)

Every now and then we get to travel to Gods country. This time i was blessed to see the majestic Table Mountain. I was mesmerized by her beauty and the views are absolutely stunning. Cape Town, you have a new lifetime customer.

I was very weary of travelling to Cape Town during Covid but had to see my family. I flew on Safair and everything was fine. The process was smooth and the staff were very friendly and helpful. I can say to fellow travellers that as long as you abide by the rules you will be fine.